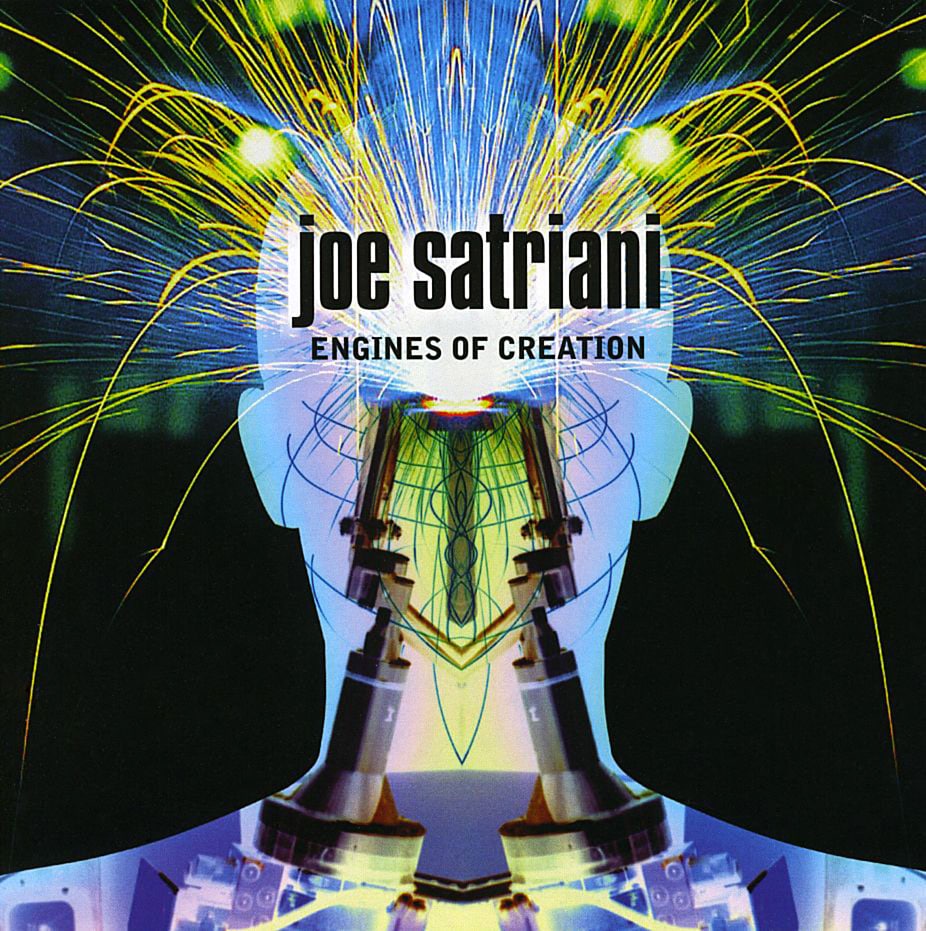 Recorded and mixed by Eric Caudieux at Le Chateau FAF.

Engines Of Creation is a very innovative album. Joe Satriani succeded to combine his electric, instrumental and analogic playing with  the digital modern beat from electronic music and post-industrial techno. Every single composition in the album, apart for the exception « Until We Say Goodbye » illustrates that: guitar recorded and mixed with digital platforms, comuters, softwares and keyboards. Satch remains true to his alien reputation. He surfs on the techno waves from the moment and stays honest towards the guitar and his successful melodies.
« Engines Of Creation » is a gold nugget in the chord progression and the high-level of improvisation, « Flavour Crystal 7 » a pleasant seven beat song that will satisfy the fusion lovers, « Champagne? » is a unexpected blues song played with a bottleneck, one of the best blues song Satch ever wrote that reminds « Slow Down Blues » in The Extremist album.
Joe Satriani gives here an incredible lesson to all the DJ’s and pseudo musicians that make electronic repetitive music with not heart, no groove, no feeling on it, who doesn’t even know how to play an instrument but their MIDI keyboard. Satch restored the faith in electronic music for a lot of people with Engines of Creation.

The song « Until We Say Goodbye » has been nominated to the 2001 Grammy Awars  in the category “Best Rock Instrumental Performance”.

Joe is still surprises his audience with this album that cannot be categorized.