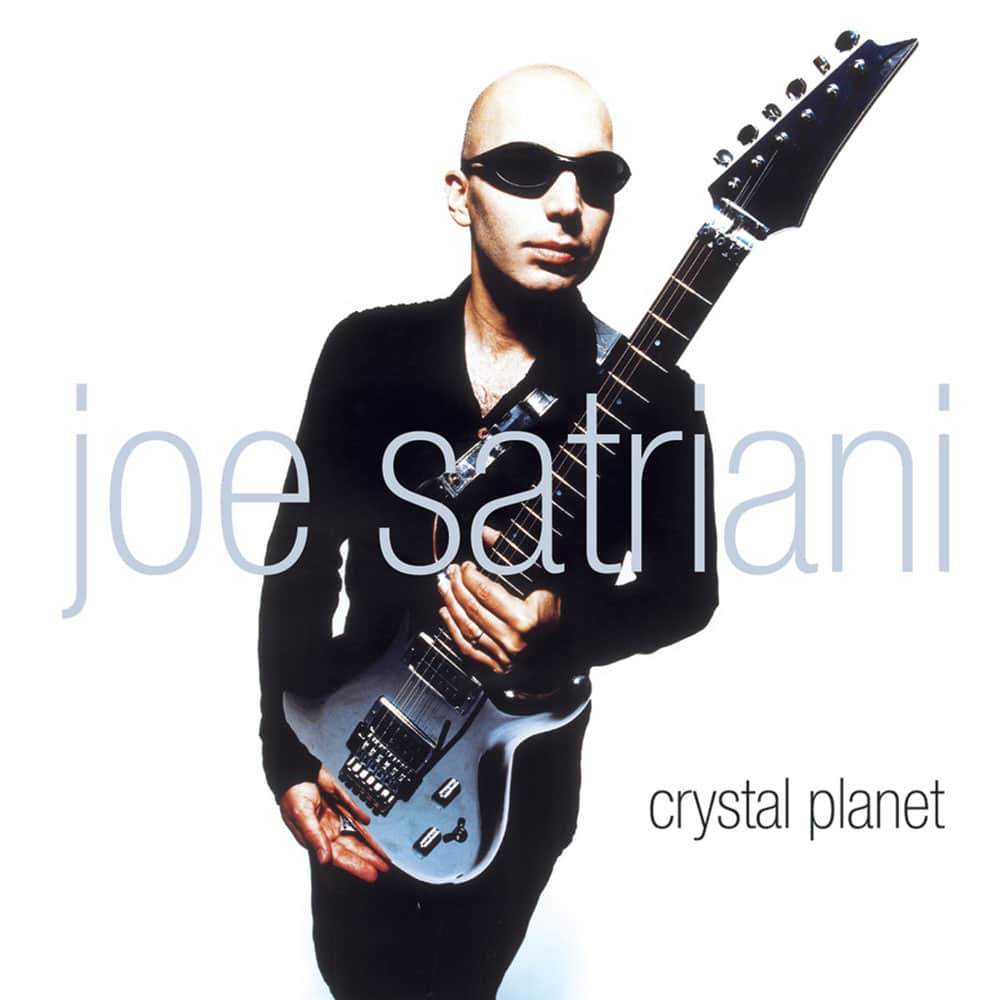 Joe Satriani was a little bit disturbing for the people who likes the virtuoso side of Joe’s playing. This Crystal Planet, album with a particular experimental touch, gave this people all that they wanted. That’s said, the smoking Joe Satriani is back, and brings with him his quota of singing melodies and killer riffs that drive us crazy.

So, after the red tinting colors from Joe Satriani this new opus is pictured in a white jacket where the brand new bold Satriani is standing, assuming the change of style. What about Crystal Planet then? Some classic, some new, above all some Satriani.

Joe produced a very modern music, a 100% instrumental trip but still accessible to everyone, on the right opposite to massive productions that have a beautiful façade that hides the lack of research in composition and musical interest.
Here Joe Satriani is a true artist, not a steril machine that ley eggs that we all finish to getting tired of. Of course Crystal Planet brings its fresh share of tubes, rockets that we put in a car with the volume set up to eleven: « Up In The Sky », « Ceremony » or the crazy « A Train Of Angels » and his epic intro are one of them.

But in return Satch delivers a great pile of risky songs or even experimentals, like the very intriguing « With Jupiter In Mind », « A Piece Of Liquid », and of course « Crystal Planet » with his stratospheric solo that guaranteed the success of the album, the crazy whammy song « Raspberry Jam Delta-V ».
They also are very melodic song like « Secret Prayer », « Love Thing » that rivalises with the beauty of « Crying » from The Extremist by its simplicity and technicity. « Lights Of Heaven » also have a very etheral tune that goes through anxiety moments, and we can’t finish talking about this album witout mention the massive blues « House Full Of Bullets ».

So it’s a very original and unexpected CD that Satriani gave us with Crystal Planet, a ticket for a journey to the incredible guitar possibilites of the conductor. Joe has also decided since his previous eponymous album Joe Satriani to give a more important place to the musicans he records with, it’s truc that Stu Hamm and Jeff Campitelli had a bigger freedom fo expression here, it’s sounds more like a real band than very disciplined studio musicians that have been hampered.

The result is a coherent and heteroclite set at the same time, with good composition that became well produced songs, it may be stamped of the masterpiece appreciation.