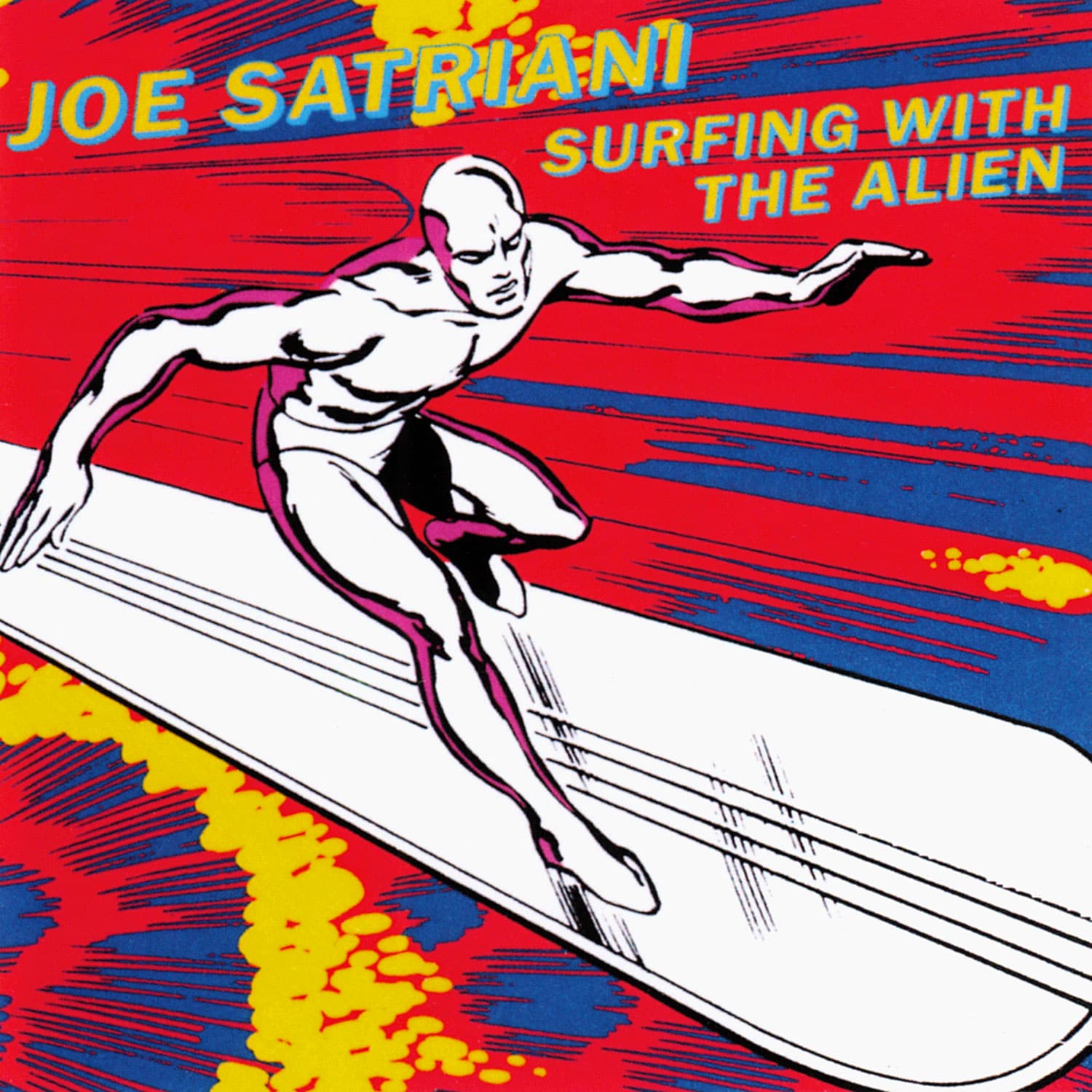 Surfing With The Alien

I must say right away: about electric guitar we haven’t heard something as revolutionary since Jimi Hendrix!
This instrumental album that has been released in 1987 (almost 30 years now!) has shedded light the Joe Satriani talent on day.

After a first full album that was experimental here’s the consecration, we all knew that Satriani was vers comfortable with a guitar in his hand, creative and original, but this album surpasses all that. It’s simple, Joe said it all: melody and rhythm senses, feeling, virtuosity, new technique skills, the perfect recipe for a genius guitar player. All songs are very different from each other, Joe is easily going from heavy rock tempos like on « Surfing with the Alien » and « Crushing Day », to the ballads like the legendary « Always With Me, Always With You » bassing by crazy boogies on « Satch Boogie » and a modern requiem « Hill Of Th Skull ». The most remarkable thing is that some songs like « Echo » can’t be connected to something existant, Satriani shows up who he is no matter what.

Every effects and styles we can possibly imagine, and all the components of a guitar player phrasing have been used! Bends, slides, vibratos, tremolo skills, sweeping, legato, and many more… even some two-handed tapping on « Midnight ».
But the music of Joe Satriani is way more than just a technical demonstration, his music has something fantastic, making the listener travel. The ambiances he creates, the way he makes his guitar talking and screaming (no singer needed!), Joe knows how to put feeling on music.

The Surfing With The Alien album stays the best instrumental album of the 80’s, a real demonstration of guitar but above all it’s a major work in the music of the 20th century.