The Ibanez JS1CR30 Chrome Boy (JS30th) celebrates 30 years of association and collaboration between Joe Satriani and Ibanez. This guitar will be presented at NAMM Show 2018. It’s the 4th chrome guitar in the Ibanez JS series. The first one was the JS2 back in 1992, but it has been quickly moved back from the market because of chrome issues. Then Joe released the JS10th in 1998 with 507 models worldwide, and the last one was the JS2PRM in 2006.

The JS30th anniversary will feature a Sustainiac pickup. Joe uses them since 2011 on tour and that will be the second JS on the market to feature this pickup after the JS2480 released in 2017. The body is made of basswood, and it features a maple and bubinga neck in three pieces with a rosewood fretboard and pearly dots inlays.

If you have more infos about this guitar, feel free to share in the comments. 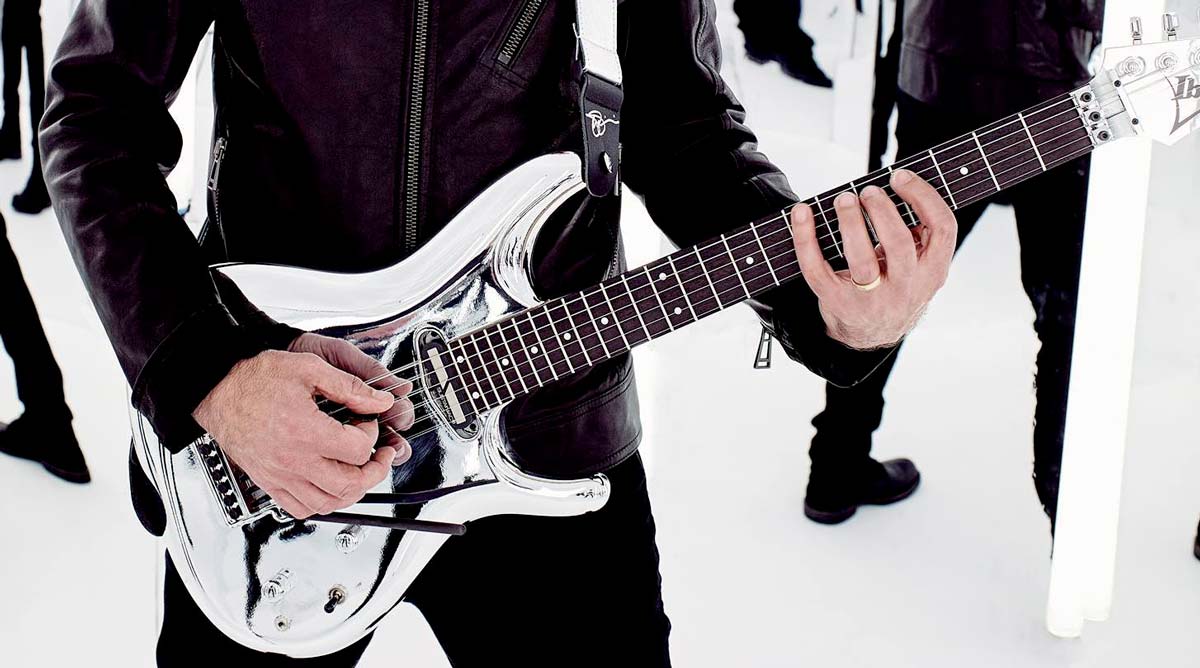 JOE TALKS ABOUT IT

The chrome guitar which is pictured on the What Happens Next CD and LP cover, will be released at the NAMM Show. They’re going into production for the first time since 1990, so you’ll be able to get a JS chrome guitar. They really are stunning, beautiful looking and they finally solved all of the details that come with trying to make chrome a guitar. They figured it out .. only took 30 years!